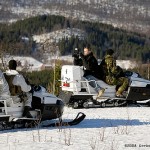 You are reading
Tundra 08 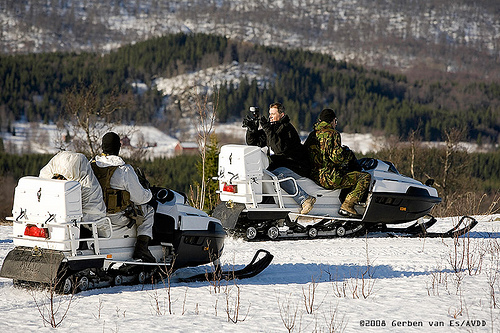 Dutch Defence Press is an independent photo and press agency specialized in the military, defence industry and police SIU’s.
Here you will find original articles and photographs made by our own team of reporters.
We also provide imagery, articles, editorial, journalistic and advertising content to magazines all around the world.

If you would like to leave a comment, feel free to do so. We appreciate your feedback.

With all the talk about moving to Vlissingen or no

Before grey was the new black, this is the old bla

Thanks everybody for making 19k and more. If we ma

Well, grey was popular this year. Thank you all fo

May the force be with the mighty Chinook. Slingery

Slingery 2019. The last type was this German Heere A cold weather, mountain terrain training by Dutch army Commando’s brought me to Northern Norway. Not to do a story on the exercise, but to photograph the men in snowy conditions.
The unit and it’s support element had made several Hardened Aircraft Shelters (or HAS in NATO terms) their home for almost six weeks. The first weeks were used to train the unit, 104 Commando company, in cold weather operations and survival. The last two weeks the unit ran an exercise with Special Forces of other NATO countries. Three teams were tasked to destroy weapons and capture key enemy personnel.

I witnessed the last operation at a warehouse on the coast, under a spectacular Northern Light display. The next day I had the oppertunity to photograph the brand new skidoo’s in action.
The weather was good, blue skies and not to cold. I slept with the support element in one of the HAS, in which they had erected large tents. The rest of the shelter was filled with a sort of cantine for the whole unit. After two nights it was time to pack all the stuff and the tents were gone in no time. But we still had to sleep in the HAS for two nights! We did, as luckily the Norwegians had two large heaters in the opening where normally the jetblast of the parked aircraft would go.

Check out the gallery here.