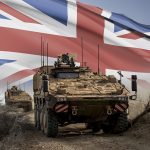 You are reading
WFEL to manufacture armoured Boxer MIV Vehicles

Under the recently signed £2.3 billion contract between UK MoD and ARTEC – the Krauss-Maffei Wegmann (KMW) and Rheinmetall consortium – a significant portion of the manufacture of the 500 Boxer Armoured Vehicles for the Army’s Strike Brigades will take place at KMW’s UK subsidiary, WFEL, creating a substantial number of jobs for both WFEL and its UK-wide supply chain.

The Boxer Mechanised Infantry Vehicle programme aims to source more than 60% by value of the vehicle content from UK suppliers and these 8 x 8 wheeled vehicles will be supplied in several different configurations, including an armoured personnel carrier, field ambulance, command vehicle and specialist carrier.  Delivery of the vehicles is expected to start from 2023 and this order marks the return of the UK to a European Defence Programme, having taken part in the Boxer project while in its infancy. Boxer is now on its way to becoming one of NATO’s standard vehicles.

UK Defence Minister James Heappeysaid:“Investing in the Boxer programme is a prime example of Defence doing more than ever to level-up the UK economy through employment.  By developing our relationship with WFEL, we are also supporting high-skilled jobs across the UK supply chain.

“This partnership ensures we engage with our people from the very beginning, connecting talented apprentices with the valuable roles Defence has to offer.”

As part of the preparations for this significant contract, WFEL has re-energised its Apprenticeship Scheme, with the first of its new Apprentice recruits recently joining the company to follow the path of Advanced Apprenticeships in Engineering Manufacture and keen to be involved in this 10-year contract.

As well as the on-going commitment to new Apprenticeships, WFEL is also actively recruiting for a substantial number of new roles to be based at its Stockport site, whilst engaging with both existing and new suppliers in anticipation of its contribution to both the North West economy and the Northern Powerhouse.

Ian Anderton, Managing Director of WFEL, said, “Our substantial involvement in the Boxer programme allows us to further develop our UK supply chain, in turn creating and protecting valuable UK engineering jobs and developing new skills for our staff and those of our supply chain partners.  Working in close partnership with our KMW colleagues, we are both delighted and proud to be part of this transformational project for the British Army, with whom we have worked for many years.”

With over a century of engineering expertise and innovation and an established world leader in rapidly-deployable military bridging, having supplied 43 armed forces around the globe for over four decades, WFEL offers concept design, prototype manufacture and full-scale production of a range of military-grade engineering solutions across the complete spectrum of the defence sector, including vehicle integration and aviation products.

WFEL’s range of mobile bridging systems – including the Medium Girder Bridge and the Dry Support Bridge – provide unrestricted manoeuvre capability and interoperability, can be deployed in minutes and have been used by coalition forces on operations worldwide and in civilian aid operations in disaster zones around the world, being in service with the British Army, U.S. Army and many other NATO forces.

A long-established Prime Contractor to both the UK Ministry of Defence and U.S. Department of Defense, WFEL operates a global sales network through overseas representatives and works directly with international governments and Non-Governmental Organisations.

CV9035 Mk-III looks ‘AHEAD’ for the Netherlands