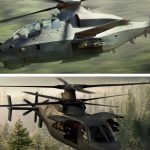 Dutch Defence Press is an independent photo and press agency specialized in the military, defence industry and police SIU’s.
Here you will find original articles and photographs made by our own team of reporters.
We also provide imagery, articles, editorial, journalistic and advertising content to magazines all around the world.

If you would like to leave a comment, feel free to do so. We appreciate your feedback.

Pathfinder from 11 AMB on dropzone Houtdorperveld

New gallery on the website with images from todays

Read our story on why it is very important to trai

Yesterday the Dutch MoD signed a contract for 249

The Lenco Bear is the Bearcats' big brother. Not o

It was sad news last weekend when we lost two crew

Waterborne operations is the bread and butter of t

REDSTONE ARSENAL, Ala. — The U.S. Army selected two performers executing under Other Transaction Authority for Prototype agreements for the design and testing of the Future Attack and Reconnaissance Aircraft Competitive Prototypes to continue into phase two of the program.

The Army requires an aircraft capable of operating in a complex airspace and degraded environments against peer and near-peer adversaries with an advanced integrated air defense system. The current aviation fleet does not possess a dedicated aircraft to conduct armed reconnaissance, light attack, and security with improved standoff and lethal and non-lethal capabilities from a platform sized to hide in radar clutter and for the urban canyons of mega cities.

“Our focus is on delivering capability for our Soldiers at the speed of relevance,” said Gen. John M. Murray, Army Futures Command commanding general. “We’re doing that here — providing opportunities for our industry partners to design, test, and build capability alongside our Soldiers to ensure that we win on a future battlefield.”

Army Futures Command along with Assistant Secretary of the Army (Acquisition, Logistics, and Technology), and Army Contracting Command leverage the OTAP agreements for prototyping through collaboration with industry.

In April 2019, five OTAP agreements for the aircraft design, build, and test of FARA were awarded for phase one. The five industry performers were AVX Aircraft Co. partnered with L3Harris, Bell Helicopter Textron Inc., The Boeing Company, Karem Aircraft, Inc. and Sikorsky Aircraft Corp. (Lockheed Martin). Phase one ended when the government conducted an initial design and risk review assessment with each performer and selected these two performers to continue into phase two.

Today’s decision transitions into phase two as the two performers will complete detailed design, build and test of their air vehicle solutions. This phase will end with a government flight test evaluation no later than the fall of 2023.

DEFENDER-Europe 20 modified in size and scope