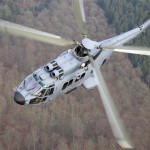 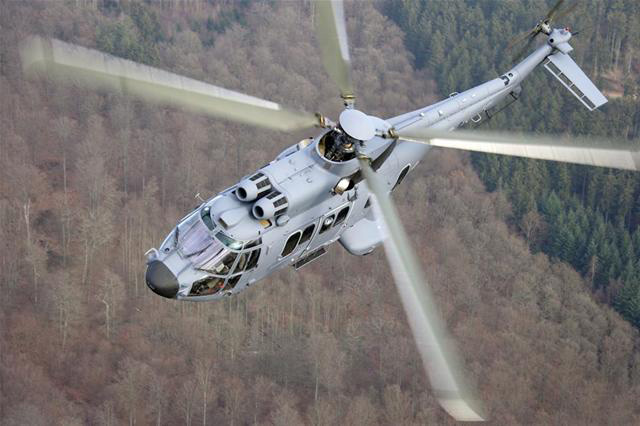 On 8 April Dutch defence minister Hans Hillen revealed details of a series of cutbacks across the armed forces, including the withdrawal of the Royal Netherlands Air Force (RNLAF) Eurocopter Cougar helicopter fleet. Members of the Dutch parliament have demanded that Hillen reconsiders his plans on the Cougar withdrawal as part of the austerity package, arguing that maintaining a fleet of eight Cougars will better suit national and European helicopter needs. The Dutch Ministry of Defence is currently analyzing the possibilities and consequences of the cuts.

Commander of RNLAF’s Defence Helicopter Commando (DHC), Air Cdre Theo ten Haaf, told Dutch Defence Press that the DHC was being affected in three areas by the reductions. First of all, the Cougar fleet will cease operations, except for three Cougars which will be retained for SAR back up, medevac and firefighting. Second, NAS De Kooy faces possible closure. [More details will emerge mid-August when the ongoing defence wide review of infrastructure needs is concluded.] And last, helicopter phase maintenance will be concentrated at Logistiek Centrum Woensdrecht in the coming years.

Ten Haaf said the reduction of nearly 50 % of the RNLAF transport helicopter fleet would create a ‘misbalance’ between the needs of the 11th Air Manoeuvre Brigade ground component and the available helicopter forces. “It will become impossible for us to support two parallel army operations with a flight of transport helicopters each for a prolonged period of time, which is what current ambition levels still dictate us to deliver,” ten Haaf said.

“Supporting ship to objective manoeuvre with Cougars from Netherland Royal Navy LPDs will cease until sufficient capable NH90s become available sometime during 2014. DHC will no longer be able to support national counterterrorist operations in the same optempo with the Cougar as it did until recently. Medevac capacity will be halved as well.”

“On the bright side, even with 29 Apaches, 17 Chinooks and 20 NH90s, we will still remain a very credible and potent helicopter force in Europe. Nevertheless, these reductions hurt although the financial reasons which force us to make these kinds of decisions are clear.”

Ten Haaf said he was pleased that there is now much more emphasis on creating a better balance between finances and serviceability of the helicopter fleet. “Due to a shortage of spare parts, the current process of cannibalisation adversely affects personnel and maintenance. This situation needs to be corrected. Although the lack of spare parts and fuel necessitated a temporary reduction in some areas during 2011, all DHC aircrews will see 180 flying hours yearly from 2014 onwards to maintain crew proficiency.” He said he supported the decision to downsize instead of creating a situation in which the amount of flight hours would be reduced across the fleet, including the Cougar, to make cost savings. DHC now has a system of AH-64D and CH-47D ‘ready flights’ where sufficiently proficient aircrews are clustered in order to meet any emerging mission.

When it comes to meeting deployment standards, ten Haaf said the ‘ready flights’ must be well trained, able to deploy at short notice and meet demands in a wide spectrum of operations “whether humanitarian, national, peace-keeping or peace-enforcing operations.” At the same time, ten Haaf underlined the importance of sustainability. “It is important to carefully balance operational need and maintenance capability in order to sustain readiness over time. This is one of the key lessons learned and implemented by the RNLAF during ISAF operations. Flight hours were allocated according to varying demands. At times there were increased needs by operational commanders during various offensives that took place. In between, sufficient time had to be built in to ensure enough maintenance hours to sustain readiness of the helicopter component of the Dutch Air Task Force. This way we will be able to upkeep a healthy helicopter staggerline.”

Meanwhile, the Chinook fleet expansion, NH90 acquisition and AH-64D Block II upgrade programmes remain largely unaffected by the cuts. “The first two CH-47Fs will be delivered to Gilze-Rijen later this year to conduct operational testing and evaluation (OT&E) and operational conversion of CH-47D instructors. The next three will go to the Dutch detachment at Fort Hood, Texas, which already operates eight AH-64Ds, to support company-level exercises by the Dutch defence forces.” The last airframe will be delivered to Gilze-Rijen as well. During 2014, we will start inducting our current fleet of 11 CH-47Ds into a midlife update programme to bring those up to CH-47F standard. All F-model Chinooks will get provisions for carrying a specialised SF kit of which four will be bought. A separate flight (a.k.a. flight five) of aircrews will be designated to support special forces’ operations with these CH-47Fs.

“We need commonality when it comes to sensors, connectivity and self protection across the fleet. In the case of Apache, we want to stay as common as possible to the US Army. We will be monitoring progress of Block III development closely while transitioning to the Block II upgrade ourselves.”