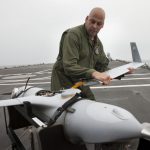 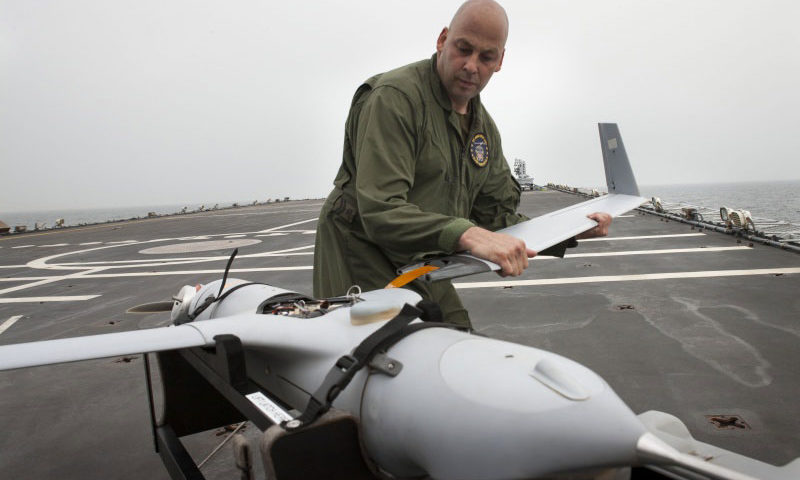 On August 8th, a Dutch ScanEagle short range tactical unmanned aerial vehicle (SRTUAV) conducted its first operational mission over the Gulf of Aden as part of the counter-piracy Operation Ocean Shield. The air vehicle was launched from the Royal Netherlands Navy landing platform deck (LPD) HrMs Rotterdam which assumed duties as flagship for the NATO led operation on August 4th.

ScanEagle is currently deployed on board Rotterdam in its ‘interim-interim’ guise. A single system is operated by an army detachment of nineteen men from 107 Aerial Systems Battery (ASB) of the Dutch Joint Intelligence, Surveillance, Target Acquisition & Reconnaissance Command (JISTARC). The used system has been provided by Insitu and is made up of six air vehicles.

Two systems of three Scan Eagle air vehicles are expected to be inducted into Dutch service later this year to form an interim SRTUAV capability. The Insitu RQ-21A, which will enter service with 107 ASB in 2014, has been ordered as a permanent replacement for the Sagem Sperwer which was withdrawn from service on June 29th, 2011. Five systems will be acquired. RQ-21A is meant to remain in Dutch service for a period of at least ten years.

The RQ-21A Small Tactical Unmanned Aerial System (STUAS) is based on the Integrator UAS design which in turn was derived from ScanEagle itself. The STUAS program reached a major milestone on July 28th when the RQ-21A performed its first flight at Insitu’s facilities in eastern Oregon. RQ-21A will represent a major improvement over ScanEagle due to its bigger payload. Its reconfigurable payload bay will be able to carry various sensor payloads in addition to its EO/IR camera.

The Netherlands Organisation for Applied Scientific Research TNO is currently developing a miniature synthetic aperture radar (SAR) sensor payload with ground moving target indicator (GMTI) function. Project AWARD (Airborne Wide Area Radar Demonstrator) is meant to assess the potential of SAR/GMTI on tactical UAS like the RQ-21A for instance. The SAR payload weights only 6 kg,uses up to a maximum of 60 W and has demonstrated a 10-15 cm resolution at ranges of up to 5 km.