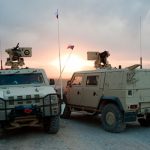 You are reading
CARACAL, a new tactical vehicle for the German Bundeswehr 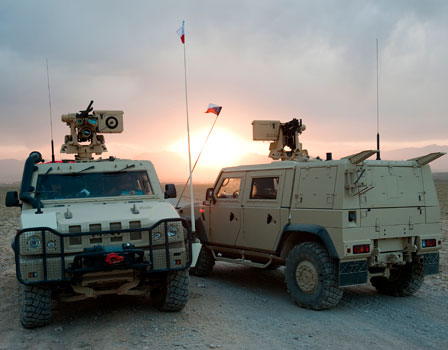 Rheinmetall and Iveco Magirus have agreed to work together in the field of wheeled, 6 to 8 ton-class armoured vehicles for the German market.

The new RLS vehicle will be marketed under the name CARACAL after the Afro-Asian cat; also known as the desert lynx.

During intensive trials the vehicle has already been successfully qualified in extra-European operational scenarios, and is being procured in large numbers by the armies of the United Kingdom and Italy. Under the rubric of its “Armoured Command and Transport Vehicle” project, the Bundeswehr has also announced its interest in the vehicle, which is both well protected and highly mobile. In March of this year, an “expression of interest procedure” was initiated.

Specifically designed to the meet the multifaceted requirements levied on vehicles of this type, the CARACAL will make a major contribution to protecting troops during dangerous deployments. At the same time, the CARACAL fills a previously existing gap in Rheinmetall’s portfolio of wheeled vehicles, thereby further reinforcing the company’s global status as a competent system supplier and manufacturer of high-quality wheeled tactical vehicles.

The CARACAL is a highly mobile all-terrain four-wheel drive vehicle. It offers a high degree of modular ballistic protection as well as advanced anti-mine features. Powered by a state-of-the-art diesel engine, the vehicle features high-performance single wheel suspension. The versatile CARACAL can carry up to five people and can be used to perform an extremely wide variety of missions, including reconnaissance, command, transport and patrolling; as a weapons platform it can configured in numerous different ways.

mei 5th, 2004
The project to develop the Puma infantry fighting vehicle is now one of the Bundeswehr's most important...
Aanbevolen
maandag, 2 juni 2003

Dutch MCTC, as close as real combat ever gets